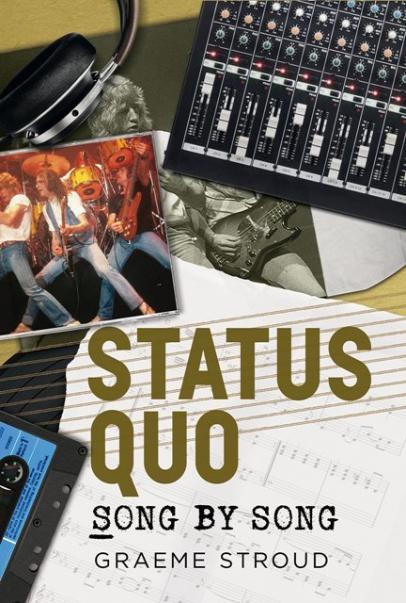 The Songs of Status Quo

* The stories behind the songs, their context within the parent albums and the times they were written and recorded

* The release date of every single and B-side track

After their initial inception as a schoolboy band in 1962, and following a number of band name and personnel changes, Status Quo eventually hit the charts in 1968 with the massive hit single ‘Pictures of Matchstick Men’. However, it was not until they ditched their psychedelic duds and took on the denim, accompanied by a radical gearshift from teenage-friendly pop to out-and-out electric boogie, that they came into their own, defining the rock music genre for many throughout the Seventies.

A raft of hugely successful albums followed that are still held in awe by an army of loyal fans; the release of Piledriver in 1972 heralded a purple patch in which twelve consecutive long-players charted in the UK Top 10. The classic ‘Frantic Four’ line-up of Rossi, Parfitt, Lancaster and Coghlan started to disintegrate in 1981 and eventually imploded in 1985. Although they have gone on to post over sixty UK chart hits in six separate decades, Status Quo: Song by Song focuses on those days of glory from their earliest recordings until the demise of the classic line-up.

Graeme Stroud is a musician and writer, having played lead guitar in a number of bands since the 1970s, along with various additional instruments for solo projects. He has written on websites and blogs on a number of subjects for several years and has been a reviewer, interviewer and feature writer for Rock Society magazine since 2014, specialising in the blues and rock genres.